The people of the UAE, the Arab and Islamic nations, and the entire world are mourning the death of His Highness Sheikh Khalifa bin Zayed Al Nahyan, President of the UAE and Ruler of Abu Dhabi, Who passed away on May 13. We pray to Allah Almighty to rest his soul in eternal peace and grant. The late Sheikh was respected for his ability to anticipate the often subtle yet important changes in the needs and expectations of the nation.

From Abu Dhabi Crown Prince to UAE President. Sheikh Khalifa was a wise and visionary leader, who played a vital role in bringing the UAE into the 21st century. While building the nation and achieving equality, he was a caring father to the people of the UAE and the world over.

In succeeding his father Sheikh Zayed, the Founding Father of the UAE, Sheikh Khalifa bin Zayed was following in a giant’s footsteps to find a way to build on the solid foundations of the past. At the age of 18 only, Sheikh Khalifa became the Ruler’s Representative in the Eastern Region, where he implemented major development projects, which became his notable success and the beginning of a long career in public service. During the following years, Sheikh Khalifa held several significant leadership positions. He became the prominent executive leader of his late father’s government, overseeing the implementation of all major projects on the local and federal levels.

In 2004, Sheikh Khalifa was elected for the presidency after Sheikh Zayed passed away in the same year on November 2nd. Under the direction of Sheikh Khalifa, the Executive Council oversaw the realization of extensive development programs in Abu Dhabi. His efforts helped to bring about major changes in the country. The construction of housing, water supply system, roads, and general infrastructure led the city of Abu Dhabi into the modern city that it is today. Sheikh Khalifa was able to gain the trust and respect of the people of the UAE. His work also had a profound impact on people all over the world. His wisdom, courage, and compassion continue to inspire us today, and his legacy is one that will be remembered for generations to come.

This is the kind of leader that Sheikh Khalifa Bin Zayed was, may his soul rest in eternal peace.

Loved this? Spread the word

COACH KARDAN is an expert in public speaking training and leadership development for leaders and government employees. He is the author of two best-selling books in 2008 and 2012 in Japan as well as the chairman of two international training companies in Dubai and Tokyo. He is an executive coach to fortune 500 CEOs and their management teams and has trained thousands of senior leaders to improve their performance and increase their company's revenue to more than 2000% within 3-5 years. 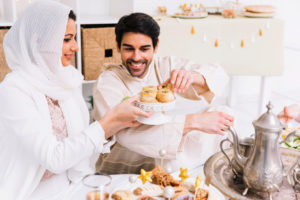 How to Prepare Yourself For a Speaking Event During Ramadan

Ramadan is here, and as millions of Muslims across the world are END_OF_DOCUMENT_TOKEN_TO_BE_REPLACED